The 2019 Acura RDX has earned the highest possible award and safety ratings from the Insurance Institute for Highway Safety (IIHS). The 2019 RDX qualified for TOP SAFETY PICK+ thanks to a top rating of “GOOD” in all crashworthiness tests, standard AcuraWatch™ active safety technology that earns a superior rating, and available good-rated headlights. Since its launch in June, the all-new RDX has recorded six-consecutive monthly sales records to take the lead as America’s #1 retail-selling compact luxury SUV for 20181. Total sales for the year are on pace to surpass 60,000 units, marking a new all-time record for RDX. 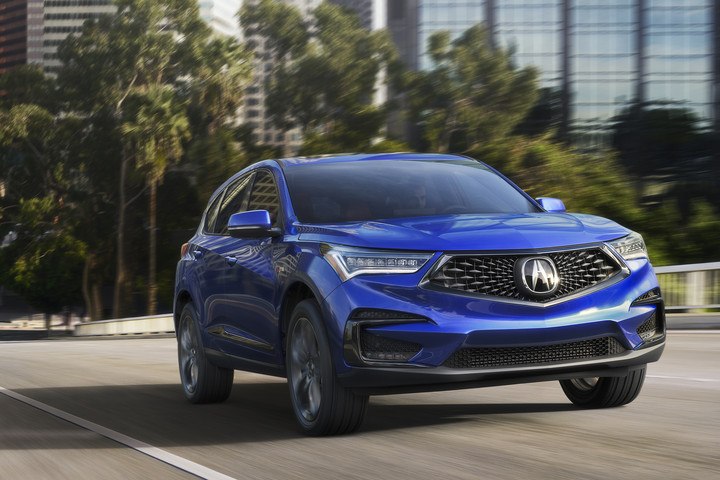 According to the IIHS, “The 2019 Acura RDX excelled in our six crashworthiness evaluations, including the roof strength test. Our testing apparatus applied over 21,000 lbs of force to the RDX’s roof before it crushed 5 inches. That’s more than 5 times the weight of the vehicle.”

“The 2019 Acura RDX offers the highest level of standard safety and driver-assistance features in its class, so earning class-leading safety ratings is a strong proof point of the technology and design innovation we’re bringing to the game,” said Jon Ikeda, Acura vice president & general manager.

2019 Acura RDX
Debuting the next-generation of Acura design, performance and technology, and the model’s first-ever A-Spec variant, the all-new 2019 Acura RDX went on-sale June 1 at Acura dealerships nationwide with a class-leading array of premium features and technologies and a Manufacturer’s Suggested Retail Price (MSRP2) starting at $37,300 (excluding $995 destination and handling).

The 2019 RDX is powered by a direct-injected and turbocharged 2.0-liter, 16-valve powerplant with DOHC VTEC® valvetrain mated to the segment’s only 10-speed automatic transmission (10AT). Peak output of 272 horsepower and 280 lb.-ft. of torque (SAE net) bests RDX’s key compeitors from Mercedes, BMW, Audi and Volvo. The RDX is available with Acura’s Super Handling All-Wheel Drive™ system, capable of distributing up to 70-percent of torque to the rear wheels, and up to 100-percent of that torque to either the left or right rear wheels, creating outstanding control and agility.

The 2019 Acura RDX is the first RDX to be designed and developed in America. Like its predecessor, the new RDX is manufactured in East Liberty, Ohio, using domestic and globally sourced parts, with the powertrain produced at the company’s plants in Ohio and Georgia.

Five of the six models in the Acura lineup are made exclusively in central Ohio, using domestic and globally-sourced parts, including the ILX and TLX luxury sports sedans (Marysville Auto Plant), the RDX and MDX luxury SUVs (East Liberty Auto Plant) and the Acura NSX supercar, which is built to order at the Performance Manufacturing Center in Marysville, Ohio.